Ari Nagel, math professor in New York City, has become famous for donating his sperm for free to women around the world who want children. Many of the moms who now have beautiful children have had issues conceiving in the past. ​

So how did they get pregnant? Simple, Ari’s super sperm. Doctors will confirm that Ari’s sperm count is almost 5 times that of the average male. Ask him his secret and he’ll tell you that he uses SpermXL to enhance and fortify his sperm.

Ari has 35 children and counting all over the world. He loves being a dad and is involved in their lives whenever possible. He has been featured in numerous newspaper article, television and radio shows in many countries and is the subject of at least two upcoming documentaries. 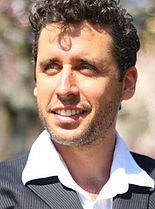